The popular Irish seaside town of Lahinch, Co Clare is buzzing with excitement after someone bought the winning lottery ticket from Saturday's draw worth more than €6 million at a local supermarket.

News of the massive win spread quickly through the town which is a popular destination for tourists, surfers and weekend holidaymakers.

But he said it's anyone's guess who the winner is as the population of the town swells each weekend with thousands of visitors.

Paul Holland, barman at O'Looney's pub, said whoever the winner is, the town will be celebrating.

"That's going to make someone very happy," he said.

"There's going to be a bit of excitement around the place."

Robert Kennedy, owner of Kennedy's shop which sold the winning ticket, could not be reached for comment. 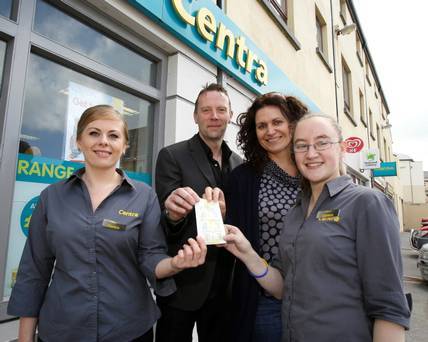 Thanks to myturn for the tip.

What do Disneyland, an indoor slide, and a popcorn maker have in common?Oct 12, 2015