He became New York City's most famous doorman when he won a $5 million lottery jackpot.

Lotto winner Richie Randazzo has been battling lung cancer for the past six months, and is taking another gamble by forgoing surgery.

"It's the luck of the draw," Randazzo, 49, told The Post from his home in Gravesend, Brooklyn. "This time I crapped out, but that's OK. I woke up the next day, and I've been waking up ever since.

"You can't keep an Avenue U boy down too long."

The wisecracking Brooklynite became famous in 2008 after a lucky Set for Life scratch-off propelled him from Park Avenue porter to headline-grabbing millionaire.

Soon after cashing in his ticket, Randazzo was partying with Swedish model Sabina Johansson — who was charged with promoting prostitution — and playing the odds with his prize money in Atlantic City and at Aqueduct.

But this year, his health bottomed out. Chest pains sent him to the hospital, where doctors found a tumor outside his lung.

His surgeon tried unsuccessfully to remove the mass three months ago, and Richie has decided against further surgery.

Randazzo, who broke out a cigar to celebrate when he won, says he finished a round of radiation and chemotherapy.

"No matter how much money you have, you can't control your health," he said. "If you get sick, all the money in the world can't help you."

For the last five years he has enjoyed his early retirement and lived in his boyhood home-turned-bachelor pad.

It's a far cry from the 1980s, when he was drug-addled and homeless before entering rehab and snagging his $40,000-a-year doorman job.

He bought a $100,000 Jaguar, a shiny red Cadillac convertible and a Lexus for his parents. He wrote a single $10,000 check to one girlfriend in need.

Randazzo's lottery payout — which he is taking in installments — comes to $12,000 a month after taxes. He says his nearly $250,000 annuity would go to his next of kin — his parents — if he kicks the bucket.

Still, the gambler is searching for his queens of hearts.

He was dumped by his girlfriend of 1 1/2 years following his cancer diagnosis, he said.

"I'd love to find a good woman to travel with," Randazzo said. "I need somebody to show me how to work a computer. I need to catch up and get to the 21st century."

He says he's looking for a woman with beauty and brains before he turns 50 next March.

"Things are always going to change," he said. "When you're on a losing streak, you have to start winning." 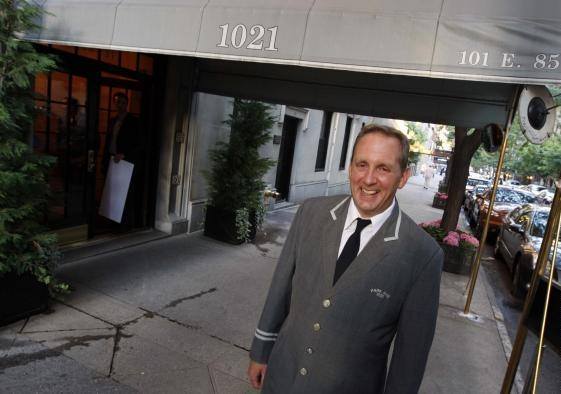 Thanks to Lottaballz for the tip.