Holly Vogel, who has season tickets to the Mad Ants games, was in the Hoosier Lottery Lucky Section during a game back in March. She, along with around 100 other fans, received a Hoosier Lottery prize pack with free scratch-offs.

The Mad Ants are an NBA Development League team based in Fort Wayne.

Vogel's prize pack contained a $100,000 taxes paid ticket. She was one of six winners.

She claimed her prize Tuesday after she found the prize pack while cleaning out her car over the holiday weekend. Vogel said she scratched the ticket and was shocked to see the $100,000 prize appear.

Vogel said she has never purchased a lottery ticket before.

"It will help pay for my wedding in February and make a good down payment on a house," Vogel said.

The Hoosier Lottery says Vogel actually walked away with a full $100,000 because the lottery pays for the taxes on the game's top prizes. 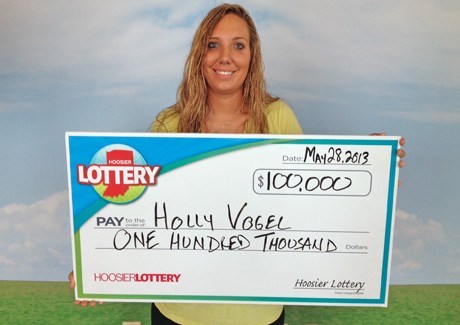