Idaho's newest millionaire is used to being in the spotlight.

He and his fellow co-workers make the news often fighting fires and saving lives.

But it's a much richer spotlight for Caldwell Fire chief Mark Wendelsorf, who won $1 million in the Idaho Powerball.

"I checked the ticket on Thursday morning after the draw at a store and was told to sign it and take it to Boise," Wendelsdorf said. "But they couldn't tell me how much it was, so I thought I'd won maybe $2,500."

Using an Idaho Lottery smart phone app, he checked his ticket against the winning numbers and discovered he had matched the first five numbers on one of the lines.

"...There was a press statement from the Lottery saying a million dollar winner had been sold in Caldwell. That's when I knew I was the winner."

Wendelsdorf kept winning on the back burner for another couple of days, despite the winning ticket being a hot topic of discussion for people around his work.

He signed the ticket and locked it in a safe place at the fire station. When he finally told his wife, Kim, two days later, she didn't believe him.

"He's a big practical joker, so I thought he was kidding," Kim said. "He went back to work and took a picture of it to prove it to me."

The Wendelsdorf's took nearly three weeks before coming forward to claim their ticket. During the time, the couple put their financial affairs in order, taking the opportunity to meet with their banker and accountant before claiming the ticket.

"When we wake up on Friday morning, we will be debt free," Weldensdorf said.

In addition to being debt free, the Weldensdorf's will also treat themselves to a few big presents and then invest the remainder of their winnings.

The Powerball jackpot for Wednesday night is an estimated $50 million. 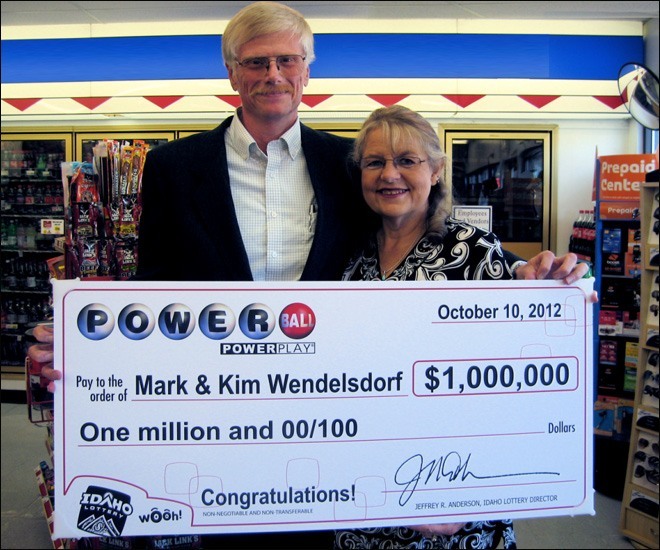 Thanks to HoLeeKau for the tip.