A 44-year-old Michigan railroad engineer said he quit his job and told familly members to do the same when he learned he had won the third-largest winner's share ever for a U.S. lottery drawing.

Donald Lawson was accompanied by his two daughters and his mother, whom he jokingly called "Mama Warbucks," when he was introduced as the winner of the multi-state Powerball lottery on Friday.

"I'm a millionaire now, but I'll still eat at McDonald's," Lawson told a news conference in the Michigan capital of Lansing. "I don't like filet mignon or lobster."

Lawson, who said he had played the lottery "too much" in the past, quit his job the day he learned that he was the winner. And he told all of his close family members to retire, "and they had no problem with that."

He chose to take his money all at once rather than to take annual payments that would have added up to $337 million. Instead he will get a payout of $224.6 million, which will be $158.7 million after federal and Michigan taxes.

Lawson lives in Lapeer, Michigan, about 60 miles (97 kilometres) north of Detroit, where he bought his winning lottery ticket for $2 at a Sunoco gas station and convenience store.

He said he checked his numbers by looking online once someone told him that the winning ticket had been purchased at the local Sunoco station.

Lawson said he read the numbers backward and once he realized he was holding the single winning ticket, "I kind of lost my breath."

Lawson grew up in Fort Smith, Arkansas, and moved to Lapeer 10 years ago. He is going to move away from Lapeer, but he did not say where, although he did say he has always wanted to travel.

"Now I can go anywhere in the world I want, so that's what I'm going to do," he said.

His mother, whose name was not given, was asked whether she thought her son would handle his new fortune well.

"We come from poor people," she said. "He knows the value of a dollar." 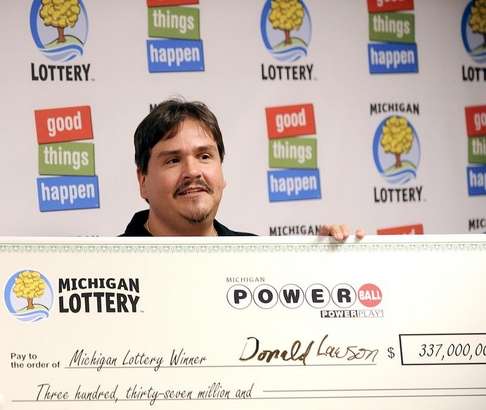 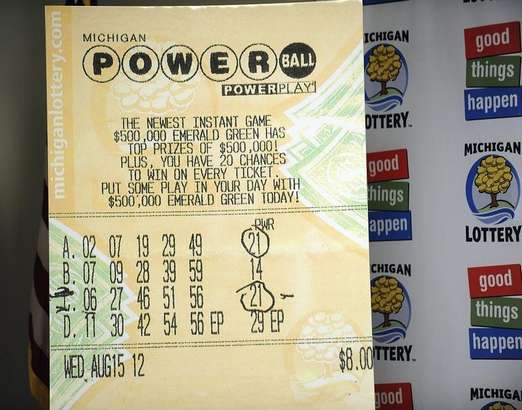 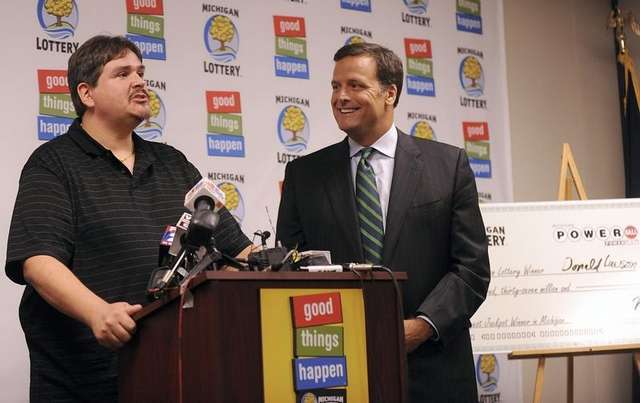