For one New Jersey lottery winner looking to keep a Mega Millions jackpot all to himself, luck ran out today.

Americo Lopes, who took home a $24 million jackpot three years ago, must surrender $20 million of that bounty to five former coworkers after a civil jury found he cheated the men out of their rightful share of the winnings.

On Nov. 10, 2009, two winning Mega Millions tickets were claimed from a $77 million jackpot, one of which Lopes had, leaving him with $38.5 million. He chose a lump sum and received $24 million after taxes.

The verdict in Superior Court in Elizabeth sparked a joyous celebration by the successful plaintiffs, who jumped to their feet and embraced one another, smiles on their faces. Each was awarded $4 million, or about $2 million after taxes and attorneys' fees.

"I feel like I could cheer," said one of the men, Candido Silva Sr. "I believe justice prevailed today."

There was little to celebrate for Lopes, 52, who quickly shuffled past his one-time friends — all construction workers originally from Portugal — and out of the courtroom.

Nearing the elevator, he spoke quietly in Portuguese.

His wife, Margarida, shared in the sentiment.

"Justice was not served today," she said.

The case, decided unanimously by an eight-person jury, marked the latest cautionary tale involving lottery pools, pacts often based on trust and a handshake.

The men worked together at Berto Construction Inc. in Elizabeth, where they started playing the lottery together in 2007. Lopes organized the pools two or three times a month, typically when jackpots were large, and collected $2 from each man to buy the tickets. When Lopes hit the Mega Millions winner in November 2009, the men sued, claiming he won with a pool ticket and then cut them out of the winnings.

Lopes, for his part, insisted the winning ticket was his own, paid for with his own money. As proof, he pointed to the winning numbers, which he said he used only for personal picks and never used when playing with the pool.

As they awaited the verdict today, the five friends sat together, their attorneys pacing the sun-bathed courtroom on the 14th floor.

The four-day trial ended when the jury knocked to deliver its verdict after 2 1/2 hours of deliberations. At $20 million, the jury award is believed to be one of the largest in Union County history.

Lopes' attorney, Michael Mezzacca, said he was disappointed by the ruling.

"There are innocent people sent to jail for crimes they didn't commit by the same standard of reasonable doubt this jury used," Mezzacca said. "The fact is that Mr. Lopes won the lottery by himself with his own money and numbers that he picked."

The case was based mostly on testimony from the five plaintiffs and a collection of lottery tickets gathered from Lopes' home.

Eric Kahn and Rubin Sinins, lawyers for the plaintiffs, used the same collection of tickets to show that out of 1,090 times Lopes played, he spent only $12 on 12 numbers the day of the jackpot, an indication he was playing for the pool, which always bought 12 numbers.

Lopes' behavior after the win became a critical component of the case. He told his boss he wouldn't be returning to work because he needed foot surgery, which he never received, and denied winning the jackpot. He also filed for unemployment benefits after claiming the prize.

Also important was testimony from a sixth construction worker, uninvolved in the lawsuit, who said the men gave Lopes money to play the day of the winning drawing.

"Today shows that when you tell the truth, good things happen," Kahn said. "There were a lot of untruths told in this case, but these guys prevailed."

Long before the lawsuit, the six men, who where known at work as the B6 crew, would spend early morning car rides to construction sites daydreaming about what they would do if they won the lottery.

Today, those possibilities came rushing back.

Candido Silva Jr. said he's putting his two children through college. Carlos Fernandes will buy his newborn granddaughter "a present she will remember," and Candido Silva Sr. said he's paying off his house in Hillside and then planning a trip to Portugal for the five men to celebrate.

Three of the men said they will return to work at Berto.

"The money isn't going to be so, so much once we find out what's available," Candido Silva Jr. said. "It's more a victory for us, for what he did to us."

The men said they will continue to play the lottery as a group, but from now on, all tickets will be photocopied. 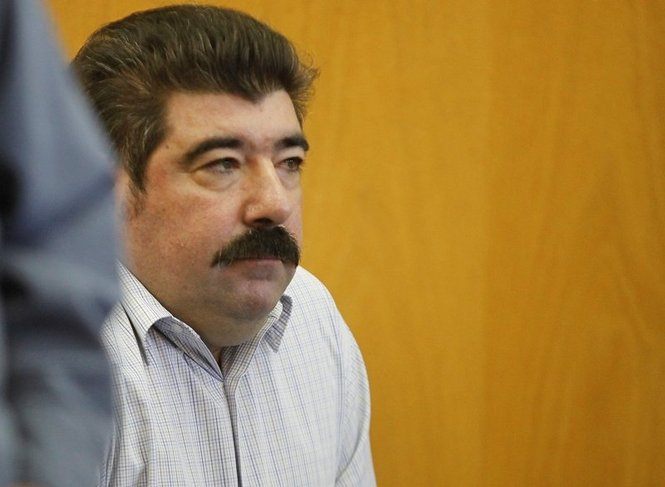 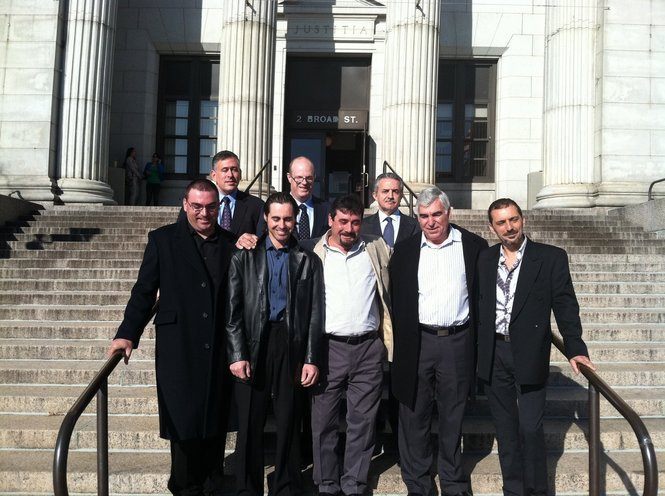