West Virginia Lottery Director John Musgrave introduced the state's newest millionaires at a press conference at Lottery Headquarters Monday, according to a news release from the Lottery.

Shaver and Simmons played the same numbers seven times and match all five white balls, only missing the Powerball number each time. Officials said the $1 million prize on each occurrence was automatically doubled to $2 million because they chose the PowerPlay option, giving them a total prize of $14 million.

The winning tickets were bought at the Prime 7-Eleven #5706 on 3rd Street in Weston and they pair played the specific numbers based on birth dates of loved ones, according to the news release.

Shaver and Simmons's ticket was the only one in the country that matched five numbers and used the PowerPlay option for Wednesday's Drawing, according to the news release.

Officials said four other players matched five numbers in the drawing. Each of players won $1 million. Those winning tickets were purchased in Colorado, Iowa, Illinois and Texas.

Shaver and Simmons, who are lifelong friends, said they will be responsible with their winnings and use some of it to help their fellow veterans.

"We are going to help our family, our kids and grandkids and help some veterans," Shaver said. "Veterans benefits are something we are both very passionate about and we plan to advocate for protecting veterans benefits. We both want to thank the VA hospitals in Pittsburgh and Clarksburg and the Veterans Center in Morgantown and all the people associated with them, because we would not be here without them and have this. We will use some of this to help our fellow vets."

The two winners are the 31st and 32nd persons in the W.Va. Lottery's 26-year history to win $1 million or more in prizes, officials said.

More than $2.2 billion has been awarded in prizes from traditional lottery games since the W.Va. Lottery was created in 1986, according to the news release. 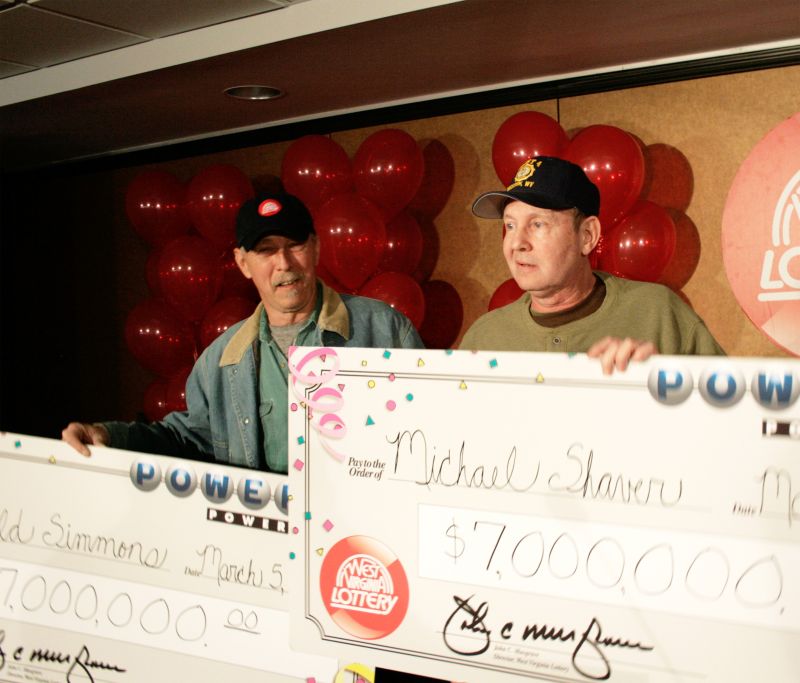