A Dallas-area man who Travis County prosecutors say had his $1 million lottery ticket stolen by a convenience store clerk in 2009 has sued the Texas Lottery Commission and others in hopes of recovering all of his winnings.

Lawyers for Willis Willis, a retired Grand Prairie maintenance man, filed the suit in state District Court in Travis County last week against the lottery commission, GTECH Corp, which runs the lottery, and the owner of a convenience store where Willis bought his ticket.

Also sued was Pankaj Joshi, a college student who authorities say fled the country for his native Nepal in 2009, around the time authorities in Austin say they discovered that he took Willis' winning ticket and cashed it in at lottery headquarters in Austin.

Joshi did not tell Willis he'd hit the jackpot and pocketed the ticket after Willis gave it to him at the counter of Lucky Food Store #2, officials said.

Joshi has been indicted on a felony charge of claiming a lottery ticket by fraud. Austin police and Travis County prosecutors recovered about $395,000 from his bank accounts and a judge declared Willis the rightful owner of that money. Joshi received $750,000 after taxes were withheld.

With his lawsuit, Willis is demanding the rest of the jackpot and other unspecified damages.

Willis' lawyers have previously asked a judge to allow them to ask lottery officials and others questions under oath to gather information for a possible lawsuit. That request is awaiting a ruling on an appeal filed by lottery officials.

During a short hearing before state District Judge Suzanne Covington last year, Assistant Attorney General Gaston Broyles, who represents the Lottery Commission, said that a prize may not be paid twice, that a lottery ticket is a "bearer instrument" and that lottery officials are not responsible for lost or stolen tickets.

"Mr. Joshi was the bearer of that ticket," Broyles said.

Willis' lawyers have argued that it is absurd that lottery officials believe that Joshi is the winner while Austin police, Travis County prosecutors and a criminal court judge have ruled that Willis is the rightful winner.

"It has taken two years too long to pay Mr. Willis the money owed him," Sean Breen, one of Willis' lawyers, said in a statement. "We simply want the Texas Lottery or the store to pay him the money that its own agent stole."

While it offers no examples, Willis' lawsuit claims that the lottery "has been plagued by theft and corruption from store clerks (and) vendors/agents of the lottery."

Because they are not required to register with the state, store clerks are not scrutinized when presenting themselves as lottery winners, the suit said.

"While the Texas Lottery touts itself as secure to the public, it is not," the suit said. 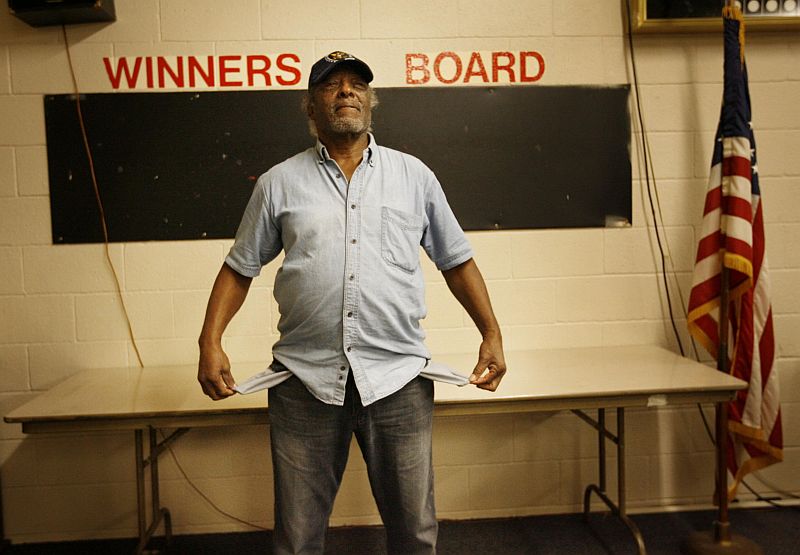