A Savannah, Georgia, dad can expect more than a tie for Father's Day after giving his daughter a winning lottery ticket worth $400,000.

Aisha Prater, 32, was shocked when her father handed her the winning ticket Friday.

"He gave me a call and said to come home as soon as possible," said Prater, also a Savannah resident. "It was a surprise."

The top prize in the "20X The Money" scratch-off game was purchased at Country Convenience #1, 12403 White Bluff Road, Savannah.

According to Prater, who has a 4-year-old daughter, the windfall couldn't have come at a better time.

"I'm furloughed," she explained. "He gave it to me to give me a fresh start."

Prater will use the prize to pay off bills. She plans to treat her father to "a big something ... a very big something" for Father's Day. 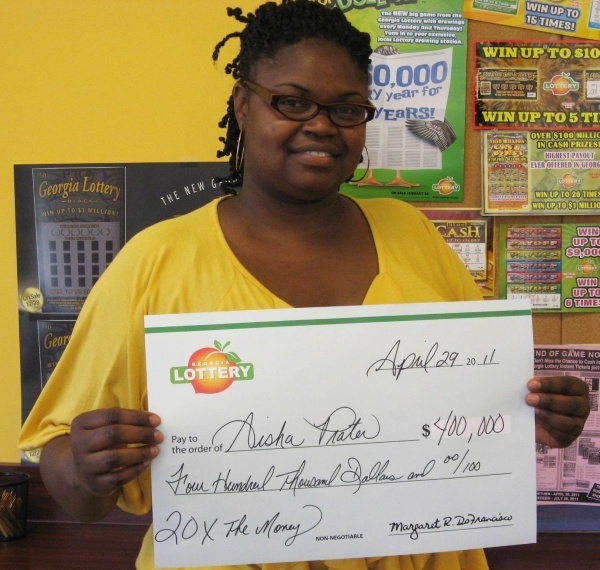 CNN producer tells what it's like to win lottery twiceFeb 17, 2012