A struggling Baltimore parish received a surprising donation two Sundays ago, when a Maryland Lottery Cash Craze Crossword scratch-off ticket worth $30,000 arrived in the collection plate.

The ticket, which was already scratched revealing the win, was discovered by the church's pastor when tallying the day's contributions.

"I'm not too familiar with these tickets," said the pastor. "I asked somebody if it was a winner." The response was "It looks like it's a winner to me." With this affirmation, the 55-year-old church leader brought the ticket to Lottery Headquarters, where the largesse of an anonymous individual was confirmed.

"I have no idea who did this," the pastor declared. "I really have no clue."

The church, which has been experiencing financial difficulties, will use the money toward operating expenses, but the pastor also wishes to give some back to the people. "We have a lot of people in need," he said. "Hopefully, we can give some back, especially since this is the way we received it."

Although this unexpected windfall is much-appreciated, the church still faces financial challenges. With that in mind, the smiling pastor said that he intended to buy $5 worth of Mega Millions tickets for last Friday's drawing which had a jackpot of $312 million.  He apparently did not win, as one ticket from New York scooped the massive grand prize.

The donated winning ticket was purchased at #1 Liberty Mart, located at 8625 Liberty Rd. in Randallstown. 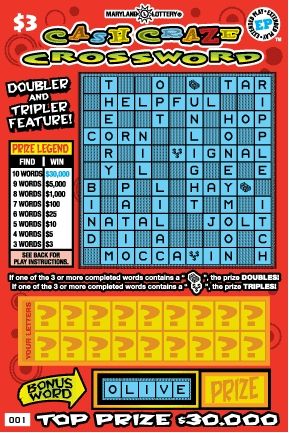