A Winnipeg teen celebrated her birthday the way most of us can only dream of — with a winning $1 million lottery ticket.

Taylor Witzke turned 18 on Labor Day, so as an adult, she decided to buy a few lottery tickets the next day — four Scratch 'n Win tickets.

"I scratched a Blackjack ticket and won nothing, then picked up the Set for Life ticket," Witzke said. "I saw three Set for Life symbols, but thought, no, you must need four. So I turned it over and read the instructions ... I handed it to my friends and said, 'Tell me I'm not dreaming.' I was ecstatic and unbelieving all at the same time!"

When she realized she had won $1 million, Witzke called her mother with the good news.

"There was lots of screaming," Witzke said.

Witzke recently graduated from Transcona Collegiate Institute, and is taking a year off before furthering her education.

Now, as a new millionaire, Witzke said travelling is on the top of her list.

"I do want to travel ... I definitely will take a trip or two somewhere," she said.

She'll also be sharing the wealth — she's decided to buy her mom a new car.

"I'm buying my mom a Camaro," Witzke said. "Ever since she found out, she's like, 'I need that Camaro!'"

Witzke said even with the windfall, she will keep working at her retail job.

"I love being there," she said.

Andrea Marantz, director of corporate affairs with Western Canada Lottery Corporation, said it was a great feeling to present Witzke with her winnings.

"She's a very nice young woman, she was just right over the moon," Marantz said. 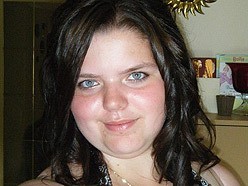 Thanks to Justin for the tip.