A Gastonia, N.C., woman accused of stealing scratch-off lottery tickets from a Clover Mini-Mart tried to retrieve prize money in North Carolina and successfully cashed 27 winners in South Carolina before being caught.

Kristi Lynn Welch, 20, was booked in York County on Monday night in connection with a break-in at Borderline Mini-mart on U.S. 321 in Clover, authorities say.

Welch is one of three people facing charges in the May burglary. They are accused of cashing tickets stolen from that store, York County Sheriff's Office Lt. Mike Baker said.

Derrick Eugene Ramsey, 18, also of Gastonia is being held in Gaston County in connection with theft of an entire display of lottery tickets, Baker said. Warrants have been issued for a third Gastonia man, Jeremy Dean Pruitt, 31, but he had not yet been arrested Tuesday.

Welch cashed 27 stolen winning tickets, according to arrest warrants. Within hours of the burglary, she received prizes for seven tickets at Jacobs Food Mart on Main Street in Clover.

She also received prize money for another 20 tickets at Hot Spot in Clover on May 10 and 11, according to the warrants.

Police were able to identify Welch from surveillance video at stores where she was unsuccessful cashing in tickets, Baker said.

Welch tried — and failed — to get prize money a North Carolina retailer and at a store where the clerk knew who she was, Baker said.

Retailers take an inventory of tickets daily, Hemminghaus said, which allows them to accurately track which tickets had been stolen in cases like these. She said there could be some lag time, however, between the thefts and the stolen tickets being reported, she said. That could be why stolen tickets were cashed.

After the tickets were flagged as stolen, a clerk in a South Carolina retailer scanned tickets Welch was trying to cash, Baker said. That same clerk also recognized Welch from prior interactions.

In the May 10 burglary, someone pried open the door to the Borderline Mini-mart on U.S. 321 in Clover before 3 a.m. Monday, according to a sheriff's report.

Deputies were called to the store by an alarm. When they arrived, they saw plastic pieces on the floor from the broken lottery box that the thieves took, the report stated.

Cigarettes and $5,000 worth of scratch-off lottery tickets and cigarettes were reported stolen. Damage to the store's door is estimated at $500.

Welch was being held Tuesday at the Moss Justice Center in York on $14,000 bond. 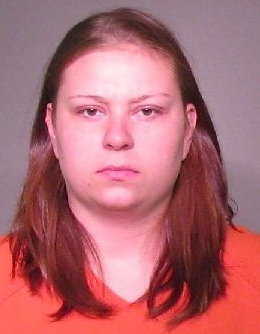