Less than a year from voter approval to first ticket sales

Arkansas Lottery scratch-off tickets are now on sale at nearly 1,500 retailers throughout the state with the proceeds going towards funding college scholarships.

Retailers were allowed to begin selling scratch-off lottery tickets just after midnight today, and at least one location saw people lining up to be among the first buyers.

Close to 100 people were waiting to buy tickets at Murphy USA in west Little Rock when the lottery officially launched early today. The gas station was also the scene of a ceremony held by lottery officials to mark the occasion.

"We have put a down payment on the future of all Arkansans tonight. ... Now go buy some tickets!" state Lottery Director Ernie Passailaigue told the crowd, to cheers and applause.

"As a result of that (vote), tens of millions of dollars will go into scholarships, and that is what makes this a very good day for Arkansas," Halter said.

Currently, there are four scratch-off games to play in total.  Additional scratch games will be added in the coming months.

Arkansas lottery players will be hoping for more of a treat than a trick this Halloween, Oct. 31, when Powerball is slated to begin.

Winners of prizes under $500 can redeem their winning tickets at any lottery retailer.  Winning lottery tickets of more than $500 need to be taken to one of three claim centers across the state.

Claim centers will be located in Springdale, Jonesboro, and Camden, but aren't expected to open their doors until later this fall.  Until then, winning tickets of over $500 can be mailed to the Arkansas Scholarship Lottery office in Little Rock.

If it's a big prize, the winner may consider driving to lottery headquarters in Little Rock.  As the lottery states in the "fine print", the risk of mailing lottery tickets rests with the player, so the winning ticket is only as safe as their neighbor's phone bill being mailed the same day. 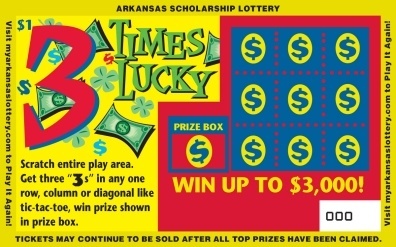 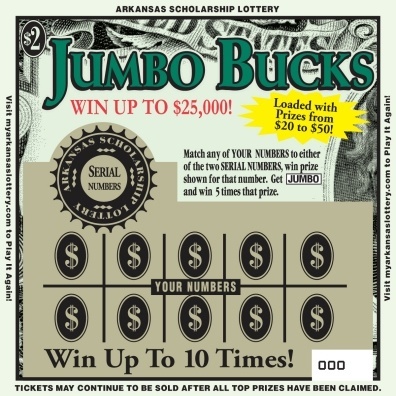 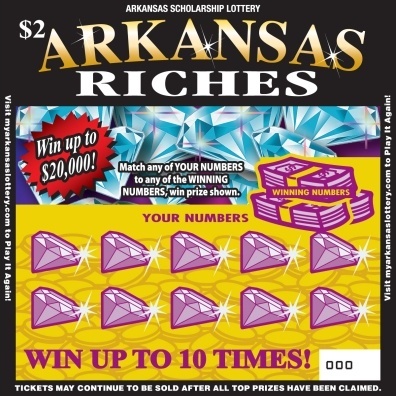 The Arkansas Lottery is currently running the advertisement shown below, featuring a couple that gets lucky playing a scratch game and has a marching band come crashing into their home.

The official Web site of the Arkansas Lottery is http://www.myarkansaslottery.com/.

An archive of news stories leading up to the debut of the lottery can be found at www.arkansasscholarshiplottery.com, or by visiting the Tag Cloud at Lottery Post (www.lotterypost.com/tags). 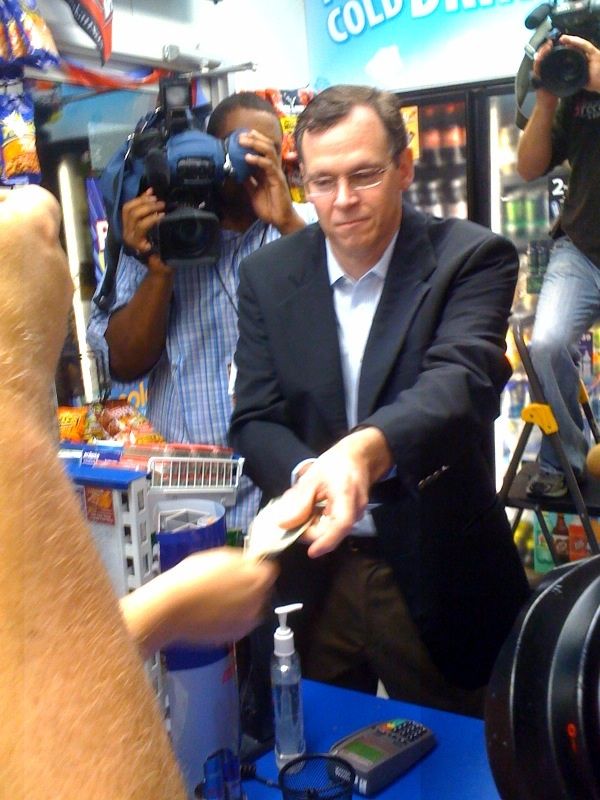